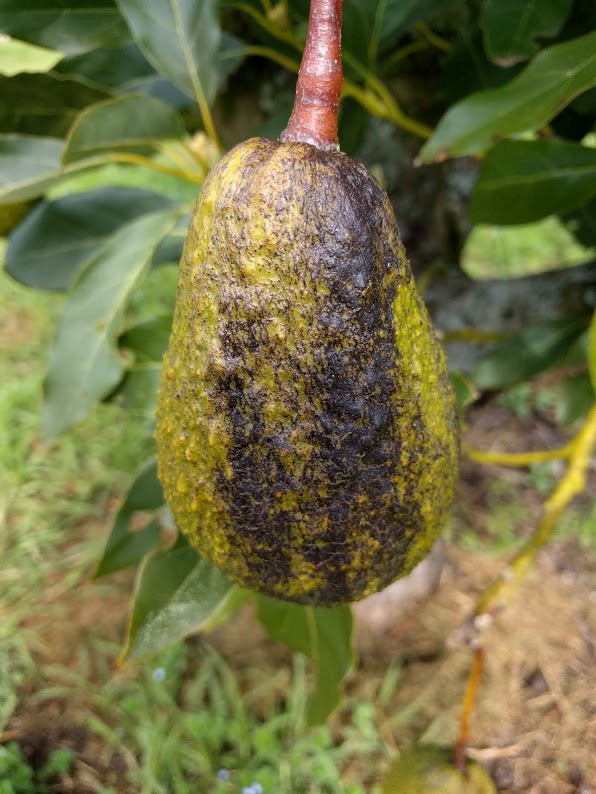 It is a busy time on an avocado orchard now with the last harvest happening, new fruit set to look after, pests on the increase, fertiliser to be applied, and irrigation to attend to. Attention to these factors now will reap rewards come harvest next season.

At this stage the set for the coming season in both districts looks promising, but as growers often say “ask me in February”.

A number of Whangarei growers have commented to me that they will not be growing small fruit this coming season and if it is there in February, it will be cut off!

CINTURING
A few growers have tried cincturing large limbs to induce buds to shoot where there is no growth points.

The cinture is performed with a hand saw and goes around halfway on the limb. Take the cut to a depth where white shavings come off the blade, around four millimetres. This is done in October/November when the sap starts to flow. The wound callouses over relatively quickly. The success rate to date has been very good.

RECOMMENDATIONS FROM PLANT PATHOLOGISTS
I was lucky enough to spend the day with three plant pathologists who are working on the tannin staining problem in the Mid North. The scientist from the University of Queensland, Liz Dann, was confident
to say that it is pepper spot, which is the fungus Colletotrichum. They have the same issue in Queensland.

The pathologists here have identified six different species of Colletotrichum on fruit and branches here in New Zealand.

To date, the best method to combat the fungus is regular pruning, which keeps wood fresh and less prone to infection, and regular copper applications.

NZ Avocado is trialling a curative fungicide, but as yet it has not been released for application on avocados, and if it is, is still a couple of years away.

Liz also said that sunscreen products over these intense summer months is worth a try to stop tissue damage which is then an entry point for the pepper spot.

Liz Dann also said that the use of silicates in the orchard is worth trying to improve overall root and tree health. There are several forms of silicates, potassium and sodium being common. I used sodium metasilicate several years ago to treat young trees that were suffering from what appeared to be phytophthora. It did have a positive effect and was very cheap to purchase. There are overseas trials that are easy to find on the internet.